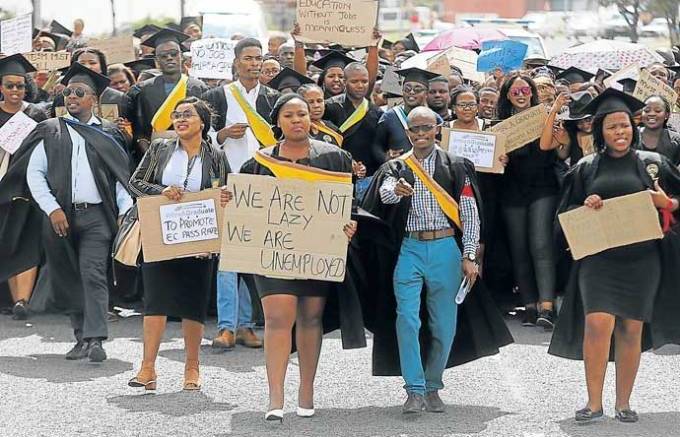 South Africa not alone in the fight against unemployment

The impact of unemployment on the individual, as well as its far-reaching spill-over effects on company, community and country is devastatingly severe. Such impacts ripple through key economic functions such as production and economic welfare, creating crime and social instability – leading to an erosion of human capital as citizens experience social exclusion.

When unemployment increases, fewer resources are being utilised for productive activities, resulting in lower output and lower incomes as the economy operates inefficiently. The knock-on effects are, at the country level, lower tax revenue – a conundrum all too familiar in South Africa – and on the individual level, an increase in stress and likely, health problems. These in turn place additional pressure on already overburdened public health systems, harming future employment prospects and increasing the likelihood of being stuck in the unemployment trap.

The global pandemic that brought the world to its knees in 2020 has exacerbated the worldwide unemployment problem. 2020 saw global unemployment increase by 33 million, rising by 1.1 percentage points to 6.5 percent. Employment losses were significantly higher in the Americas and lowest in Europe and Central Asia. Reasons for employment losses being lower, especially in Europe, included the implementation of job retention schemes which supported the reduction in working hours. Globally, 114 million jobs were lost, 81 million of which were due to people becoming ‘inactive’. 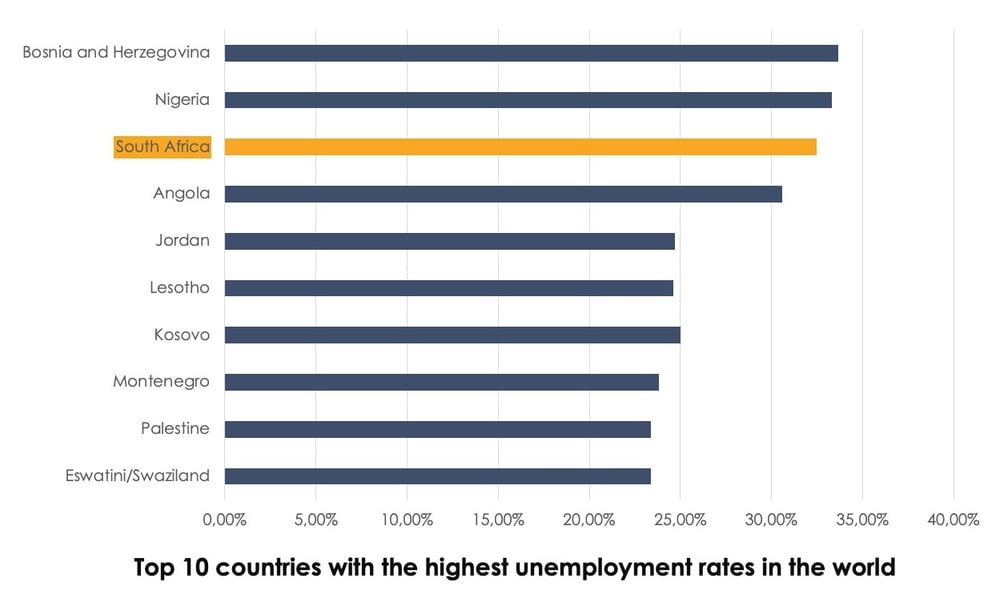 Women and young workers were most severely affected by employment losses at 5 percent and 8.7 percent respectively, when compared with men and older workers. Young workers continue to be the most vulnerable group (ILO Monitor, 2021).

“This [COVID-19] crisis has exacerbated young people’s disconnection from the labour market, highlighting the all too real risk of a lost generation”.

Even more disturbing is that South Africa has the highest youth unemployment rate in world at 63.2% (15 - 24 years old), followed by Angola at 55.3%, and Nigeria 53.4%. Considering that South Africa’s youth make up approximately 37% of the entire population, getting young people working now is more critical than ever.

More youth employed will increase GDP and consumer spend, create prosperous markets for business growth, reduce both inequality and the burden placed on the small base of taxpayers. Creating that first job for youth places them on an economic ladder that grows them into contributors and is the surest way to reverse our unsustainable trajectory.

“If we’re going to grow our GDP and turn things around, we have to first grow jobs - and the best way to do this is by creating new pathways to employment opportunities via small business, innovative models and programmes like YES.”

YES offers an incentive for business, in the form of one or two B-BBEE levels to companies, if they simply offer a one-year work-place experience to black youth. Over 1,460 businesses have registered with YES and together have broken the cycle of unemployment for nearly 55,000 youth in just 124 weeks of operation. Almost 500 companies have gained B-BBEE levels through the programme.

YES has seen over R3.1 billion in youth salaries committed by the private sector, money which goes straight into youth wallets. This creates a cascade of effects which fights disillusionment and despair, offering households dignity and hope. Over and above this, 60% of YES Youth are women, addressing the disproportionate unemployment rate for women. Clients who benefitted from YES and joined the fight against lifetime unemployment include VW, Nedbank, Investec, Shoprite, ABSA, Ford, Toyota, Telesure Investment Holdings and many more.

One in three YES Youth are currently absorbed and businesses are in awe of the raw talent they’ve been able to harness. Adam Craker, CEO of IQ Business was extremely impressed with the YES Youth cohort, “In these times of adversity, we require a young and capable team to maintain momentum. [Of the YES youth we took on last year], 94% of them have been offered full-time employment.”

88.4% of YES Youth come from grant-recipient households, while 90.7% reported that they had dependants. Can you imagine the vast ripple effects your company can create in communities, just through building one income in a family?

Calculate your YES target now and play your part in creating a future that works.